I decided to write this post after reading a certain blog about atheism. I stumbled upon that particular blog while I was googling about religion for I was planning to write a blog entry about reasons why I am not religious (which will be my next essay after this). In response to the blog post entitled ‘10 Reasons Why I’m Not a Christian‘, I would like to post an opposite version of the aforesaid blog entry.

There are two kinds of people, introvert and extrovert, humble and proud, gentle and harsh, good and bad, optimistic and pessimistic, big and small, fat and thin, two opposing hues, red and white (I don’t want to sound racist so I changed black to red and I’m not literally pertaining to colors). There may be almost in between of those characteristics but there must be a larger portion that best classifies their kind. It has to be either cold or hot and it’s up to us if we decide to be lukewarm almost hot or lukewarm almost cool. We have given the freedom to choose. Are you a believer or unbeliever? Red

10 Reasons Why I’m Not a Christian (This is an excerpt. Read the rest of his blog.)

10 Reasons Why I Am a Christian

Are you either red or white? Choose.

3 thoughts on “Red and White: The Two Kinds of People” 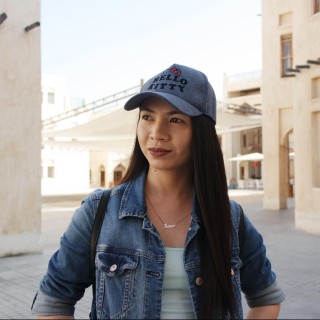 Karen Trinidad is a bibliophile and enjoys meaningful conversation. She started to blog in 2009 for self-expression but somewhere along the way, it became less of writing about herself but writing about Christ who defines our true identity. More Drafts is a blog which promotes no religion but aims to pursue a true and intimate relationship with Jesus who created us with a beautiful purpose: to become His children. John 1:12